Thinktank's Planetarium is ... the UK’s most progressive digital planetarium, offering a rich programme of both presenter-led (live) shows and fulldome (360-degree) immersive visuals

Thinktank Planetarium is the UK’s first purpose-built digital planetarium, opened on 17th December 2005. The domed theatre is 10m in diameter with 70 seats, and the primary operating system is Digistar 3. Six 1400x1050 DLP projectors work together to produce a dazzling large hemispherical image 3200x3200 pixels in size.

Filling the dome with 360 degrees of video, digital planetariums are also known as immersive cinemas or ‘fulldome’ theatres.

Such hemispherical venues not only present the stars and planets as you've never seen them before, but they also allow you to travel through the human body, dive under the ocean, shrink to the size of an atom, or completely immerse yourself in music and light.

Immersive cinemas like Thinktank Planetarium are a completely new visual medium, which some believe will become the cinema of the future:

This group does not have any discussions yet.

You need to be a member of Thinktank Planetarium to add comments! 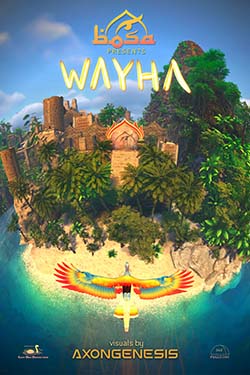