The Koch Immersive Theater at the Evansville Museum or Arts, History and Science open its doors on February 7, 2014. The Evansville (IN) museum was the site of the first planetarium in the state.The Koch Planetarium, which had a role in the southern Indiana community since 1952 was

The Koch Immersive Theater presents daily matinees and Friday evening shows which include the full dome programs, Fragile Planet, Forces of Nature, One World One Sky and Perfect Little Planet.

A local star talk entitled Skies Over Evansville is in the line-up on weekends. 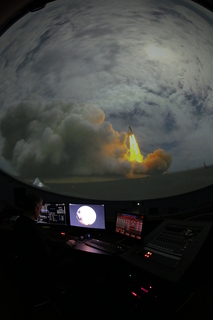