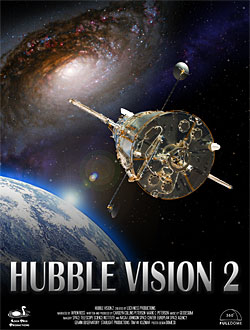 It's been 30 years since the venerable Hubble Space Telescope was launched into orbit. To commemorate the telescope's remarkable history, we're offering our Hubble Vision 2 show at a 30% discount, until 30 April 2020.

Hubble Vision 2 continues to be among our most popular shows. Give your audiences a great introduction to the most famous telescope in astronomy history and a sample of its amazing discoveries. It features an easy-to-understand narrative, accompanied by our Geodesium original space music, and a stellar collection of the telescope's most famous images. From planetary studies to observations of the most distant reaches of the universe, this show has it all.

Treat your audiences to Hubble's story, and celebrate its anniversary along with NASA and the astronomers who use it to explore the cosmos! License Hubble Vision 2 today, at a 30% savings.