Antares welcomes Immersive Solutions Limited (Lagos, Nigeria) as new distributor of our fulldome films in Africa. Immersive Solutions has a science, technology, engineering and mathematics (STEM) fair and exhibition event scheduled in Nigeria for October this year. This is a premier event targeted at the education sector in Nigeria with the aim of promoting interest in the STEM fields. Planetarium shows are scheduled to run during the event - one of the goals is to accomplish through this… Continue

We are very much looking forward to a great collaboration; http://fulldomefilm.org/ru/category/works/catalog-index/

Antares FullDome Productions presents the world premiere of the fulldome show ¨Moles¨ (http://moles.antares-fulldome.com) at the UK Fulldome Film Festival in Birmingham the 13th of March!
The UK Fulldome Film Festival is about fulldome as an artistic medium, highlighting the creative and experimental applications of immersive environments; http://www.fulldome.org.uk/

Gravity Ltd's goals are to provide educational organization for portable planetariums, make astronomy education and understanding even more exciting and to provide quality equipment and content to the Russian market. Gravity’s strong partnership with many schools and educational institutes demonstrates the great demand for…

Fulldome Store for your visual needs... 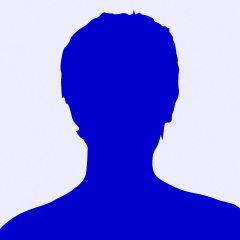 Hello all.  New to this site. We have a brand new full dome product coming out and we are interested in filming with an FC-E9 lens or similar.  Could anyone tell me if they have any experience with an HD prosumer video camera with a lens like this?

Antares FullDome Productions (www.antares-fulldome.com) and Loch Ness Productions (www.lochnessproductions.com), present a brand new English version of the fulldome program ¨ Chronicle of a Journey to Earth ¨. This is the third release the companies produce together, after ¨Astronomy: 3000 Years of Stargazing¨ and ¨The Birth of The Solar System¨ that were re-released in 2010.

Antares is pleased to announce that Metaspace is now distributing our fulldome movies for digital planetariums worldwide!
Metaspace is based in Seoul, South Korea (www.metaspace.co.kr/eng/index.htm).

Metaspace is a total solution provider on astronomy and space science and supplies not only planetarium equipment and full-dome movies but also research level astronomical observatory equipment.

Just wanted to let you know that I've added a new event on this site. Fulldome UK 2011 will be taking place on the 12th and 13th of March. Full details can be found in the Events section. We also have a website: